2020 is really a special year, and it will undoubtedly be a record in human history. It’s the same with the container shipping industry. Recently, the sea freight from Chinese ports to British ports, such as Ningbo to Felixstowe and Southampton, has exceeded 10,000 USD per 40 feet container. This is also the first time in my nearly 20 years of freight forwarding career.

With the aggravating spread of the Covid-19 in the world, the economies of all countries have been hit hard. Except for China, Europe, the United States and other important countries are suffering from their seriously affected economic activities.

1) The loading and unloading level of major ports in Europe and the United States have been unable to return to normal levels.

Due to the spread of the epidemic, the operation of most ports in Europe and America is in an abnormal state. The containers of the two docks in Los Angeles are piled up very seriously. There is no sign of any improvement with the congestion situation in the British ports. The congestion of Port Sydney in Australia and Port Klang in Malaysia has also appeared in the news of the international logistics industry.

2) The demand from Europe and America for Chinese products remains high.

Under the epidemicsituation, the global demand for products made in China has increased significantly. On one hand, China’s strong anti-epidemic measures have ensured that the world’s factory has been operating at full capacity since March. On the other hand, the substitute countries of Made-in-China were deeply mired in the epidemic situation, which led to a lot of orders returning to China. Under the combined effect of these two factors, the volume of goods exported from China to all parts of the world has increased instead of decreasing. According to the statistics of the General Administration of Customs of China,the export value in October 2020 increased by 11.4% compared with that in October 2019.The above two factors have caused the rapid rise of the volume of container cargo exported from China to Europe and the US. Combine with the reduction of the operation efficiency of destination ports, containers can not effectively return to China, which has resulted in the decrease of China’s empty container reserves. In addition, shipping owners’ route capacity control and other factors contribute to the fire, so the price of export container freight rose sharply. There are too many examples. An obvious example here is that the container freight from China to the UK has exceeded the level of US $10000 per 40 feet container.

2. The promoter of skyrocketing freight

If there are internal causes, there must be external ones. Although the internal cause determines the high cost, the external cause is the masterpiece of a group of business sensitive people. In the face of this rare opportunity in decades, some foresight people in this industries have already taken action. No matter whether foretold or not, they did seize the opportunity to grab the limit available container shipping space in the market, and then hoard to boost the further rise of sea freight. In the case of the seller’s market, there is the sky high sea freight.
Originally, people thought that the e-commerce platform mode of shipping companies promoted in the past two years could break the situation that the original makers controlled the market. But up to today, the e-commerce platform is only a weapon in the hands of the major players.
For small and medium-sized freight forwarders and even customers, it is impossible to get a good price on the e-commerce platform. Do you know when the shipping company will offer the price? When is the lowest price offered by the shipping company? If you don’t know about this, it is impossible to book a container space.
When searching the freight from China’s main ports to Europe basic ports on the e-commerce platform of a shipping company, the most common prompt on the screen is:according to the search criteria entered, no relevant rates can be found. We are sorry for any inconvenience caused. The major players, however, has already obtained a lot of spaces and begun to sell through various channels. As for how they have managed to know when the shipping company offers a price, we will never know.

3. Who does the sky-high freight hurt?

It’s known to all that the cost of ocean freight is a very common and important cost in international trade. The cost has determined the profit of exporters and importers to a certain extent. Therefore, with the appearance of sky-high freight, who will pay the final bill? This is a very thought-provoking question.

1) In short, the undertaker of sky-high sea freight is either the seller or the buyer

According to INCOTERMS, the freight for the goods concluded in accordance with EXW,FOB and other terms shall be borne by the buyer. In this case,many buyers will not be able to apply the cost based on the sea freight level a few months ago. If the contract has to be fulfilled, the profit will shrink seriously, even lose money. For example, for many export orders of children’s toy cars, the CIF value of a 40 feet container is about 22,000 USD. In the past, when the sea freight from China to the European basic port was around 3000usd, the cost of sea freight only accounted for less than 15%. But when the sea freight soars to 10,000 USD, the cost of sea freight will account for 35%. The extra cost of 7,000 USD will completely devour the original profit.If the goods are sold on CIF CFR DDP DAP and other terms, the seller will bear great pressure. It is rare for most Chinese exporters to make profits from their foreign trade list after an additional cost of 7,000 USD per container. At this time, to perform or not the contract will be a dilemma.Perhaps both the seller and the buyer will choose to perform the contract in the long run.After all, for importers, if the goods are out of stock, it will mean that they will give up their hard-earned market share, which is the result they do not want to see in any case. For exporters, if they default, it will also mean that the possibility of losing high-quality customers will be greatly increased.

This year, with the deepening of the epidemic, the price index of container shipping charges has reached a new high all the way. The earnings of shipping companies are also rising,which is a rare good year in decades. But all this can not hide the fact that the global economy is in recession. It is not clear how long this situation will last with only partial beneficiaries. But it is easy to see that the global economic downturn will have a huge impact on the global trade sooner or later. Perhaps when all kinds of short-term economic stimulus policies exit,shipping companies will have to face the situation of falling global cargo transportation volume, which will continue for a very long time. At that time, shipping companies will have to face the hard time. 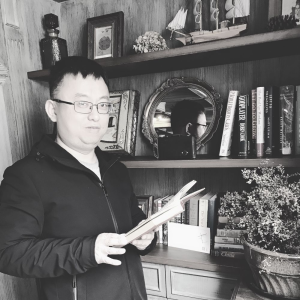 I am in freight forwarder industry for more than 20 years. I have rich experience in this area. We can help you handle your cargo professionaly from China.
All Posts »
PrevPreviousWhy Container ocean freight rates keep increasing from China to USA in 2020?
NextAnalysis on Affecting Factors of Sino-US Container Lines Transportation EfficiencyNext